The first complete stage production of Blodwen in America

In May/June of 2019, NOVA Center for the Performing Arts, in a co-production with Rimrock Opera Foundation in Billings, Montana, USA, performed Joseph Parry’s Blodwen (the first Welsh opera) – yn Gymraeg! [in Welsh], with English supertitles. Tickets went on sale in September 2018 –all four performances were sold out … http://www.novabillings.org

This was the first complete stage production of Blodwen in America and used Dulais Rhys’s 2015 chamber version of the orchestration. For more information: Joseph Parry's Blodwen 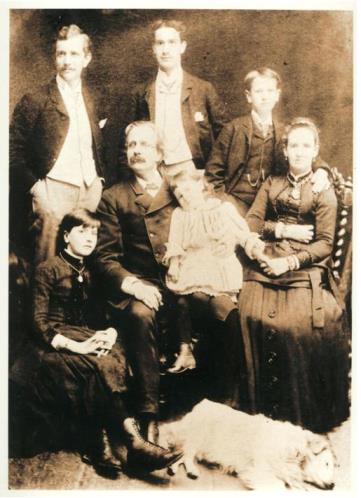 Joseph Parry was the most famous musician  if not person  in nineteenth century Wales. A gifted all-round musician, he was primarily a composer, but was also well-known as a singer, pianist, organist and conductor. Throughout his life he was active as a teacher and sought after as a music competition adjudicator; and later in life, he gained prominence as a journalist, critic and public speaker.

He was also known as Pencerdd America' (literally America's principal musician'), a bardic name given to him by Gorsedd y Beirdd at a ceremony during the 1865 National Eisteddfod of Wales, held that year in Aberystwyth. More informally, Parry was also called Y Doctor Mawr' (The Great Doctor) by his fellow countrymen because of his musical qualifications, reputation and stature.

A prolific composer and perceptive critic of the music of others, he was unwilling or unable to apply the same appraisal to his own compositions. As his contemporary, Alaw Ddu (W. T. Rees, 1838-1904), aptly said of his compatriot: “Pe bai wedi cyfansoddi llai, byddai wedi cynhyrchu mwy.” (If he had composed less, he would have achieved more).

An increasing number of Parry's compositions can be viewed on the Petrucci Music Library website.

* Daniel, according to some sources.

Books and Articles about Joseph Parry